The origin of the piece took place within the desire of two friends, Gauthier Louppe (violin maker) and Daniel Seret (painter), on imagining a creative cycle "painting-violin-composition-painting ". Therefore, the imagination of a painter gave the impulse to a violin maker in order to create a "new" violin which had to inspire a musical creator whose work, during its premiere, inspired the spontaneous creation of the initial painter. The project was born late 95 with superb paintings, a wonderful violin to discover, and a brand niew piece  "... L'aimer ... "  ("...loving her...") 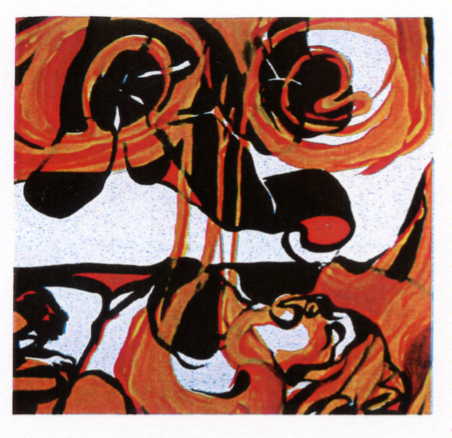 In fact, the title ...L'aimer... is an anagram derived from the French name of three of the violin strings (Mi -E-, La -A-, Ré -D- plus the fourth string scordatura tuned a minor third lower: E again). As many of my works, "... L'aimer ... " is inspired by some acoustic spectrums for the foundations of the harmony and by the Indian music in regard to the" gestures " which can be found in that work. In addition to the harmonic properties - this term being used in the sense of an expressive "environment"  - instrumental gestures predominate in this intense "Melopée" inspired by instrumental techniques of classical North-India repertoire. Ornaments - gamaka(s) and rasa(s) used to vary the expressivity and the dynamic of the contexts - characterize many cells with strong identities that constantly interpenetrate during the work.

But beyond the analysis, let the ears open the door of the soul.

"... L'aimer ... "  is dedicated to Maud Lambiet. The work was premiered in 1995 by Jenny Spanoghe during a concert at the Cultural Center of Marche-en-Famenne, held on the occasion of an exhibition of "new" string instruments by the violin maker Gauthier Louppe.